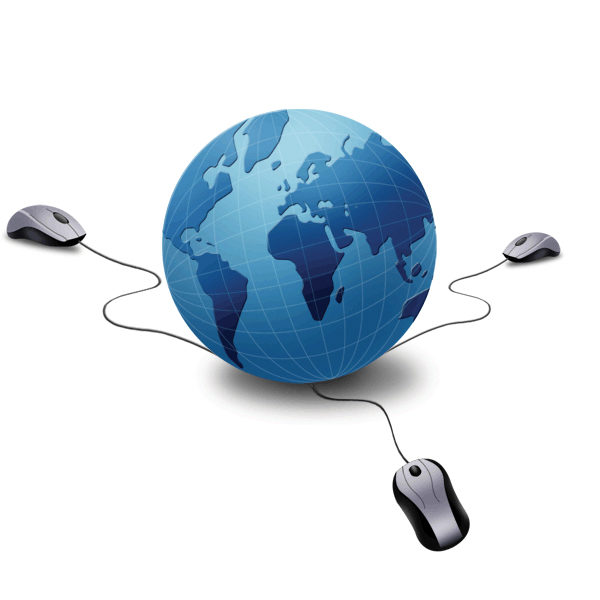 Alternative Dispute Resolution (ADR) processes although “always” provided in different forms in several legal instruments, including the Code of Civil Procedure, were actually “re-introduced” in the Greek legal system in 2010 through the passing of Mediation Law No.3898/2010 in compliance with Greece’s obligation to implement the EU Mediation Directive 2008/52/EC. However, what actually brought mediation in the spotlight was the huge reform of the Mediation Law introduced early in 2018 (Law No. 4512/2018) which abolished all previous legal provisions through the adoption of a completely new text, in an vigorous attempt to finally bring life to mediation and ADR, after almost 8 years of low awareness and disappointingly very poor use by the public. One of the major reforms of the new law and following up on the successful Italian model of the “required initial mediation meeting” that is currently generating hundreds of thousands of mediations in Italy, lies in the introduction for the first time in Greece of an obligation for parties, wishing to initiate legal proceedings in several types of disputes, to attend a mandatory first meeting with the other party, in an attempt to explore the possibility of resolving their dispute with the assistance of an accredited mediator listed in the official registry of the Greek Ministry of Justice, Transparency and Human Rights. The new law, which has, since then, caused a lot of debate and discussions, is a comprehensive innovative legal instrument which codifies all previous legal texts and, amongst other provisions, outlines the basic steps of the mediation process, specifies the training requirements and accreditation process of mediators and sets out a strict Disciplinary Code and Code of Ethics for mediators, which undoubtedly “upgrades” the role of mediation in the Greek Legal system. The aim of the new legislative initiative is to increase mediation and its use by the legal community and the greater public through a system that guarantees legal certainty, high quality standards and effectiveness. Mediation as a way of resolving disputes is applicable in all civil and commercial matters, including family disputes, economic disputes (such as bank disputes which will be dealt in more detail in this article), consumer-trader issues etc … Its worth mentioning that the new law makes specific reference to the use of technology by providing for the use of electronic means in mediation namely teleconference, video conference and use of online platforms.

Mediation has been increasingly used lately in bank and debt related disputes. At ADR point[1], one of the very first and biggest mediation centers offering high quality mediation services in the banking sector in Greece, the use of online tools in mediation is highly encouraged. A mediation process can be initiated online upon the receipt of a request for mediation from an interested party. Communication is then run in a completely confidential manner, aiming basically to the administrator gaining a better understanding of the dispute before passing on the request for mediation to the other party. Speed is one of the elements the center values deeply, so great focus is placed in handling the case timely and in a cost effective manner. Upon parties’ mutual agreement and in full accordance with the requirements of the law, the mediation process officially begins by the signing of the mediation agreement and the appointment of a highly skilled mediator who sits on the panel of the center. Following the exchange of all documents which are considered necessary for the preparation of the mediation, a date and place is set for the parties to meet either in person or online with the mediator to explore the possibility of an amicable settlement of their dispute. In the event an agreement is reached, parties have the option of filing it with the Secretariat of the Court of First Instance and make it an enforceable title.

Furthermore, another innovative legislative instrument has recently attracted additional attention to mediation and online dispute resolution processes. Law No. 4469/2017 -and its complementary acts-, a relatively new out-of-court workout law for debt restructuring which came into force in August 2017, has been serving as an effective and well-thought solution for handling debts and financial issues both for businesses and professionals, natural persons or legal entities. Out-of-court workout as provided in the law is a procedure almost entirely conducted online and runs through a specifically designed e-platform hosted by the Special Secretariat for Private Debt Management[2]. A debtor seeking for a negotiated viable solution with his creditors through a restructuring agreement on his debts, fills in an online application, provided the specific conditions prescribed the law are met[3]. The application is supported by multiple financial statements, documents and certificates, such as income tax statements, property statements, balance sheets for the last 5 financial years, certificate of criminal record etc…, which are also uploaded on the platform. Next step in the process is the designation of a coordinator. The selection is automated and the professional appointed to serve as the coordinator of the online process is an accredited mediator by the Ministry of Justice[4]. The coordinator checks the application and its conformity with the requirements of the law and then forwards it to all the creditors inviting them to state if they are interested in participating in an online negotiating process with their debtor. A repayment and restructuring plan is proposed by the debtor as a supporting document following one basic rule: the creditors should not find themselves in a worse position than the one they would have been, if the assets of the debtor were in fact liquidated under the circumstances of a bankruptcy or enforcement proceedings. The debtor can renegotiate debts against the State, Social Security Funds and to private creditors including (as in most cases) banks. Negotiations take place amongst between all involved parties. Each creditor has the right to vote in favor or against a proposed restructuring plan. All can be conducted online through the platform. The law stipulates in great detail all the necessary procedural issues; there are in fact some very strict rules regulating creditors’ attendance and minimum required majority for the case to be successful and settled. Out-of-court workout (OCW) has been so far an innovative tool well-sought by the debtors. As a matter of fact during the first 35 weeks of its operation(3/8/17 – 5/4/18), the platform received almost 30.000 applications.

There is little doubt that Greece has taken some serious steps forward in using online tools, especially when cases involve out of court procedures. There is also little doubt that the use of technology is becoming indispensably interlinked to negotiations and dispute resolution processes to the extent that all recent legal reforms have provided for its increased use and effectiveness. Of course, there are inherent risks and challenges, as in all innovative tools, which require special attention and handling. Online dispute resolution is also closely linked to the need of having highly experienced and trained professionals that dispose of a particular set of skills that allows them to deal effectively with the particular features and challenges of an online process. It is mostly encouraging, though, that there is an increasingly high demand by the market to make use of online dispute tools and market expectations are now working as the driving force for achieving the best possible outcomes. According to the latest updates by ADR point, the number of users of the OCW platform is growing everyday, while the success rate of more “typical” mediations conducted for similar types of cases, both in person and online, is now over 90%. In the await of the coming into force of the mandatory initial mediation session requirement that will undoubtedly raise the number of mediations in Greece, there is already enough evidence that mediation should have been long ago promoted as a preferred option in many cases.

[1]www.adrpoint.gr. ADR point is the first private entity in Greece listed in the Registry of the General Secretariat

for Consumer Protection of the Ministry of Development, notified to the European Commission and registered in the EU ODR Platform. In a limited period of time it has created an extended domestic network in over 40 cities in Greece and it provides dispute resolution services through qualified mediators accredited and licensed by the Ministry of Justice.

[3]eg. A debtor is not eligible if he has submitted an application to the competent court under the provisions of Law 3869/2010, if his company has been dissolved or ceased its business operation, if he has been convicted by a final judgment of a criminal court for fraud, money laundering, forgery, bribery or embezzlement against the State or the Social Security Funds.

[4]In the vast majority of cases.

This website uses cookies to improve your experience while you navigate through the website. Out of these, the cookies that are categorized as necessary are stored on your browser as they are essential for the working of basic functionalities of the website. We also use third-party cookies that help us analyze and understand how you use this website. These cookies will be stored in your browser only with your consent. You also have the option to opt-out of these cookies. But opting out of some of these cookies may affect your browsing experience.
Necessary Always Enabled

Any cookies that may not be particularly necessary for the website to function and is used specifically to collect user personal data via analytics, ads, other embedded contents are termed as non-necessary cookies. It is mandatory to procure user consent prior to running these cookies on your website.